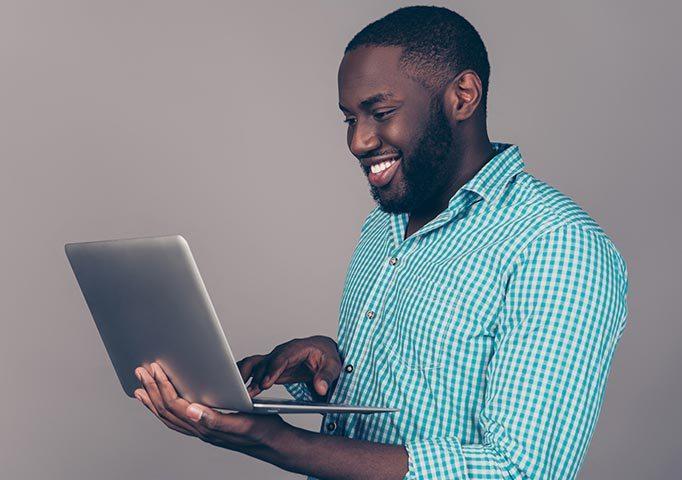 Husky Intelligence continually strives to improve the automation features within the system.  We want to stay one step ahead of our competitors by introducing new innovations to our field service management software.  However, most of what we do and strive to accomplish would not be possible if it was not for Alan Turing.

Alan Turing was an English computer scientist in the mid-twentieth century who had strong influences and contributions in the fields of theoretical computer science and others.  Along with his interest in computers, Turing was an accomplished mathematician, logician, philosopher, cryptanalyst, and theoretical biology.  During World War II, Turing assisted the British and its allies with codebreaking and deciphering German coded messages and ciphers.  His work and techniques helped bring an end to this war.

Development and used in almost everywhere and everything

Following the conclusion of the war, Turing went to work for the National Physical Laboratory (NPL) in London.  Here is where he had worked on his design of the Automatic Computing Engine.  Though the computing engine was not completed before Turing’s death the machine was the inspiration and influence for future computers.  Turing was also responsible for creating a machine, the Turing Machine, which proved fundamental limitations on the power of mechanical computation.  This automatic machine is considered a model of the computers we use today.

Along with computer science Turning was a distinguished mathematician.  While at Victoria University in Manchester, England he held many positions including the Deputy Director of the Computer Machine Laboratory.  It was here that he began doing more “abstract work” in mathematics and his interest in artificial intelligence grew.  Turing is considered the father of artificial intelligence and his early work is evidence of this.  The Turing test was an idea that a computer could be said to “think” if a human can realize it was not a human through conversation.  Today, we can see a similar test on the Internet with the CAPTCHA tests which is used to determine whether the user is a human or a computer.  In 1948, Turing wrote a chess program for a computer that did not yet exist.  It was completed a few years, but no system was powerful enough to run it.

The field service management sector will benefit greatly from the use of artificial intelligence and automation.  Husky Intelligence’s automation features simplify and complete most of the tedious and mundane tasks you do not want to do.

When Husky Intelligence started in 2009, Founder Vesa Tauriainen had a vision for a software that could automate and support specific industries with Field Service Management.  Much of what was envisioned could not actually be done yet from a technology and software standpoint.   But in the years since, there have been tremendous developments that now enable even more automation for your business.   Three examples that apply to this business:

Are you Running a Field Service Company?

We want to help you leverage technology to automate your business. We can reduce administrative work for office, sales, and field personnel alike.  We optimize your processes to reduce cost, and increase capacity and revenue. We give you the data you need to scale and grow your business.