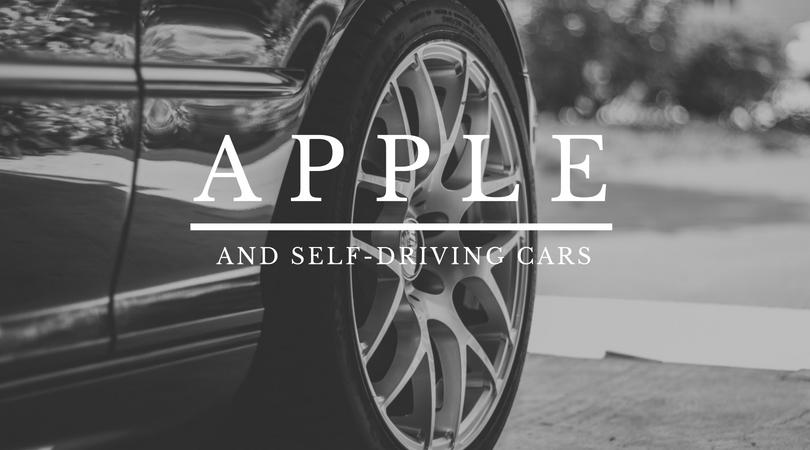 There’s no denying it: Apple is one of the most valuable brands in the world. Just a week ago, the technology giant hit the $1 trillion market cap, being the first US company to achieve it. While the company is known for its phones, computers and tablets, it has also been working on some other things. In this blog post, we will introduce some of Apple’s latest patents, which hint at a future of Apple-powered self-driving cars.

Apple is one of the most successful technology giants in history. Therefore it is not that big of a surprise they would venture outside of the usual phone and computer categories. Besides bringing us headphones, the company has been granted a permit to test self-driving cars in the state of California.

The company has already worked with artificial intelligence, for example with its AI assistant Siri. Earlier this year, John Giannandrea, who previously was the head of search and AI at Google, joined the Apple team. The company’s focus on AI is evident, which could mean a number of things.

Besides known car makers, Google is among companies developing self-driving cars. Apple has not been too vocal about this project, but the company’s efforts will surely stir competition. The company has hired former Tesla and NASA employees to work on this technology.

While Apple has not confirmed much regarding the project, their patents tell a story. Last year, they submitted their first public patent application concerning self-driving cars. This patent tackles the subject of navigation and how the car could react to changes in the driving environment.  After that, Apple has filed for a number of other self-driving car patents.

The most recent development in this project is Apple’s latest patent, which might be the most interesting one yet. This patent focuses on the windshield, powered by augmented reality. This windshield would allow the cars’ passengers to make FaceTime calls with each other, even when in separate vehicles.

Besides FaceTime, the AR-powered windshield would be able to detect if the passenger is stressed. If so, it would react accordingly, although the how is yet unclear.

To answer the original question:

Most likely not. Allegedly, Apple has previously had plans for building their own self-driving cars, but has given up on them since. Instead, the company now focuses on the creation of systems for these cars. This means your future self-driving car could be powered by Apple. Only time will tell if this becomes a reality and when.

For information on how you could use artificial intelligence and automation to improve your business processes, check out the Husky Tour. If you have other questions, you can also contact us!