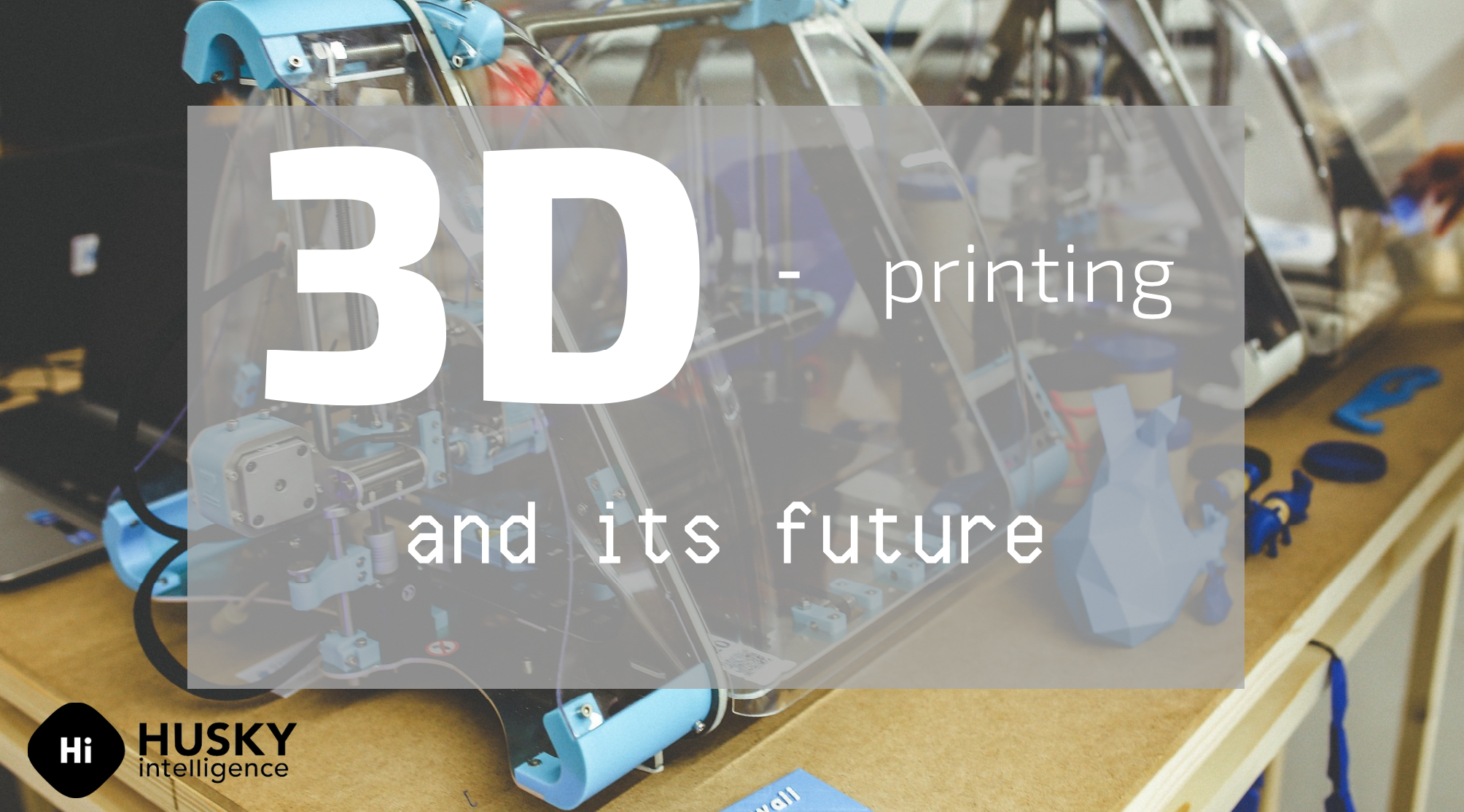 The future of 3D printing

The future of 3D printing – How will it change the markets?

Since 2011, when opened to consumers, 3D printing has been a subject of interest all over the world.

In the next article I will tell you the latest news and the future of 3D printing.

It’s good to understand why it is important, as 3D printing is here to stay.

Pretty much everyone has heard about 3D printing. Once in a while papers are full of different articles of the latest 3D printing trends. There has been a craze of printing clothes, guns, cupcakes and even entire houses.

Even though the results of 3D printing sound amazing, has the gadget been around from the 70s. Still, it was not until 00s that it became possible to own a 3D printer as a consumer. It can be said that 3D printing at the moment is very experimental, but it has been anticipated to change the markets widely in the next ten years. The fourth industrial revolution is here and it is not stopping on machine learning or artificial intelligence.

The future of 3D printing

Markets are going to change greatly in the next few years with 3D printing. Greatest changes are expected to happen in manufacturing markets. One of the most interesting piece of news is the enabling of metal usage in 3D printers. This can make a great difference in metal wastage which is a norm in today’s machine tool industry.

With 3D printing, the waste which usually associated with machine tools would vanish, which would also create a safer working environment. It would also speed up the process of manufacturing since due to the ability to create these tools in advance. Later this technology could also be used with bigger metal tools, for example in car manufacturing.

One of the hottest TV shows at the moment, called Westworld, is a show that illustrates a future, where 3D printed robots live among normal people. Even though this might seem like a utopia, the reality is not that far off – at least the part about functioning body parts. In North-Carolina, operates this futuristic lab (Wake Forest Institute For Regenerative Medicine), which is able to 3D print matter such as human skin and a functioning ears. They constantly try to develop new and better ways of manufacturing human tissue and developing it.

Just wait. Scientists at Desktop Metal are developing learning 3D printers. Basically what it means is a printer which already in development phase modifies the optimal shapes and sizes for the needed devices automatically. It also continues to develop better results, and can even assemble itself if given an example.

Even though this all might seem a little crazy, 3D printing is going to become bigger. iPads are a good example. Just like them, when first having entered the markets, 3D printing seemed like a unwieldy option. Still, people can’t get enough of it.

If you want to know more of 3D printing and its future, you van check out mini documentary from Vice (season 6 episode 8)!