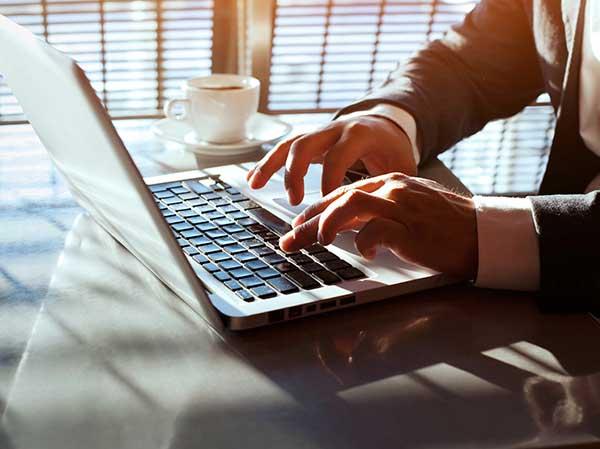 It has only been within the last forty years that personal computers have made their way into the hands of most of the global population. It was the vision of two men who revolutionized the way we use computers and the influence of many others who have shaped today’s world.

Had it not been for the founders of Microsoft, it is likely that Husky Intelligence may not exist today. Bill Gates and Paul Allen are the founders of this multi-billion-dollar company, and their invention revolutionized the modern era. These two paved the way for software that could be used on personal computers, allowing more people to utilize and efficiently work on computers.

Much like Microsoft, Husky Intelligence’s founder had a vision for a software that could automate field service management businesses and help them run more efficiently.

Bill Gates and Paul Allen were childhood friends who both shared a passion for computers and technology. The two may have been opposites in personalities, but they shared a common goal and dream.

In 1975, they founded Microsoft. Gates and Allen started Micro-Soft (the original name) to produce a software for the Altair 8800, which was an early personal computer. Originally based in New Mexico, the company moved to Washington in 1979. It did not take long for the company and their product to grow into a major multinational technological corporation.

In just three years after the founding of Microsoft, the company had recorded sales exceeding over one million dollars. After their move to Washington, the company licensed an operating system of IBM’s first personal computer known as MS-DOS. The software had no real graphical interface, and users were required to type in commands to open the program and files.

In 1985, Microsoft released Windows. This robust system had a graphical interface, including drop-down menus, scroll bars, and more. Then after nearly eleven years, the company decided to go public, raising over sixty-one million dollars in its first years.

By the late 80s, Microsoft had become, based on sales, the world’s largest personal computer software company. In the mid-nineties Windows 95 made its debut with over seven million copies sold in the first five weeks. Furthermore, in the same year Microsoft would introduce Internet Explorer.

Though Microsoft could not keep up with phone sales compared to that of Samsung and Apple, Microsoft still has a bright and promising future. The tech company is continuing increased sales with their computers, including the Surface Tablets. The company is also investing in virtual reality, artificial intelligence, and quantum computing to prepare for the uncertain future. Microsoft, who also created Xbox, plans to implement many of these new advances into their future systems giving video gamers the ultimate experience.

Much like Microsoft, Husky Intelligence wants to revolutionize the way companies use computers.  We want to automate your business process to save you time, money, and hassle.  In the world of field service management these companies are always scouting for software to lighten their load.

Are you Running a Field Service Company?

We will help you leverage technology and automate your business. We will reduce administrative work for office, sales, and field personnel alike.  We optimize your processes to reduce cost, and increase capacity and revenue. We give you the data you need to make decisions that enable you to scale and grow your business.